ECO Animal Health Group plc, a leader in the development, registration and marketing of pharmaceutical products for global animal health markets, is pleased to announce that its wholly owned subsidiary, ECO Animal Health Ltd, has entered into a research partnership with Professor Robin Shattock at Imperial College London, to assess the veterinary application of the novel self-amplifying RNA (saRNA) technology. The scope of the collaboration will be the delivery of vaccine antigens and biologics to pigs against three important infectious disease targets (two viral and one bacterial).

saRNA is a new platform for the development of medicines and vaccines which uses similar technology to mRNA but with the added ability to self-amplify, thereby expressing proteins for a longer time period, resulting in higher protein levels per dose. This has the potential to allow saRNAs to be delivered at lower concentrations than conventional mRNA therapeutics, leading to less frequent or lower dosing, lower costs and a much broader range of potential applications. The saRNA platform aims to underpin the next generation of RNA-delivered medicines enabling not only vaccines but also a broad range of therapeutic applications, for example conditions where immune modulation is beneficial.

ECO will use its validated swine disease models to generate proof of concept data within one year, with the view of selecting candidates for development, registration and commercialisation under license from Imperial College London.

The diseases targeted with this technology are among the most economically damaging to the swine industry which amounts to nearly 800 million pigs worldwide and represents 36% of total meat consumption.

David Hallas, Chief Executive of ECO said: “This is a very exciting collaboration for ECO and a great credit to our R&D team for having successfully concluded the agreement with Imperial College. The global market potential for products developed from this partnership is very significant and, if successful, would be a major step in ECO’s longer term strategy to develop new and innovative products alongside Aivlosin.”

Professor Robin Shattock of Imperial College said: “I am pleased to be working with the team at ECO on this exciting project. saRNA technology has very significant potential in animal health as it can be delivered in much lower doses than is currently possible and hence represents the next generation of RNA delivered medicines.” 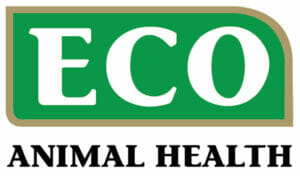 We use cookies to ensure that we give you the best experience on our website. If you continue to use this site you agree that you are happy with this.AgreeCookie policy